We offer organized Tanzania Cultural Safaris that will immerse travelers in the real Tanzanian culture. The trip includes a visit to Chaga tribes, Masai tribes, and Hadzabes bushmen tribes.

Small groups of hadzabe bushmen live around lake eyasi. Their language resembles the click languages of other bushmen further south in the Kalahari. Their small population was seriously threatened, in particular during the period when Julius Nyerere tried to introduce his ujuma policy. The tribe resisted the forcible settlement policies and nowadays most of their children have never seen a doctor or school – the bush provides for all their needs.

Tourists will see their simple bush homes where the tree canopy alone or a cave provides them shelter. They live entirely off the bush and from hunting, generally small antelopes and baboons. In rainy seasons, gazelles and antelopes come down from the Ngorongoro or Serengeti to their lush bushlands thereby offering them richer pickings. In the recent past, their hunting activities were resented by trophy hunters and tried to stop their “illegal” hunting. 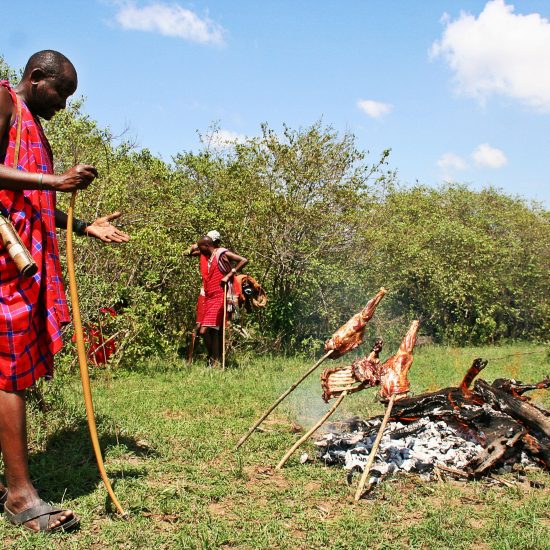 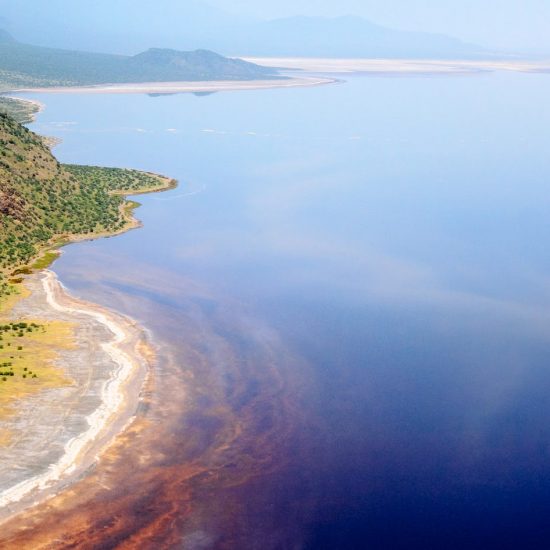 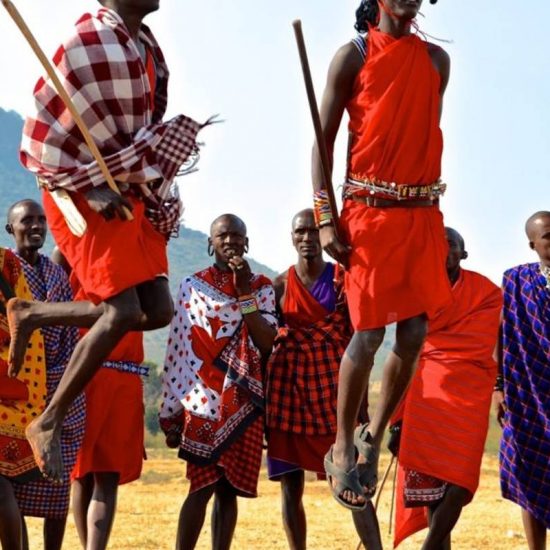 Arrive at Kilimanjaro international airport. Drive to Olpopongi in the West Kilimanjaro region, 74 kilometres from the airport taking us through the beautiful outback of West Kilimanjaro. Depending on the season, you can see game like zebras and elephants. On a clear day, you will have amazing views of Mount Kilimanjaro and Mount Meru. We arrive at Olpopongi Maasai Village a group of Maasai where the Village Chief welcomes you with refreshments. Overnight at the village. Full board meals.
2

After breakfast, we go on a walking safari where your guide will explain the past and contemporary life of the Tanzania Maasai. Get more information about the culinary culture of the Maasai while sampling a traditional tea (chai) prepared on the wood fire. A tasty lunch with a variety of local food highlights will end the activities inside the village. Maasai warriors will guide you along their paths and explain typical medicinal plants, extraordinary trees, tracks and the local wildlife. Also learn to use local tools, hunting techniques and fire preparation as part your bush excursion. At sunset, a group of Maasai men and women will gather around for a traditional sing & dance performances. A great BBQ-Buffet at the camp fire will provide you an unforgettable evening under the starry sky. Overnight at a private Maasai house with traditional beds. Full board meals.
3

After breakfast, depart for Tengeru for a day of cultural tour. In the village, there are two primary schools. One is for handicap children and the other is a teaching practice primary school. You have the chance to play with the kids and get to know their way of life. We also visit an old stone quarry site developed after WWII where more than 100 refugees from Poland were brought to Arusha. Most of them died of malaria and influenza and were buried in this area. In the evening, we drive back to Arusha for accommodation and overnight at Mount Meru Hotel. Full board meals.
4

After breakfast, we depart from Arusha with picnic lunch boxes and drive to Monduli. We start walking from there through a forest where an armed ranger will be guiding us. Buffalos, Elephants, and other wildlife can be seen in this forest. After lunch, we proceed to the summit of Monduli Mountain and enjoy the great views of Mount Kilimanjaro and Meru. Overnight at Enguik Village. Full board meals.
5

After breakfast, we traverse the rough road to lake eyasi, another soda lake in the rift valley. We arrive in afternoon for a cultural interaction with the Tatoga tribe (a very interesting tribe). Our Tatoga guide at the village will lead the tour. We explore the dry and rugged landscape area on foot, which is still inhabited by a small group of bushmen: the Hadzabe or Watindiga. These tribes still live in bands, hunting with bows and arrows; gathering roots, tubers and wild fruits, just as how humans did to survive 10,000 years ago. Another interesting tribe in this area is the Datoga (also called the Barabaig or Mang’ati). Initially, they were exercising a lot of rivalry over grazing land with the Maasai tribe. Overnight at Kisimangeda Tented Lodge. Full board meals.
6

We start early in the morning for a hunting tour with the bushmen then back to the lodge for breakfast. Afterwards, we depart for Ngorongoro Crater seeing wildlife en route. You’ll stop briefly on one of the viewpoints on the rim of the crater to enjoy it splendid views. Overnight at Ngorongoro Serena Lodge. Full board meals.
7

Drive to the Masai village with an optional stop- over at Olduvai Gorge – a famous historical site for a visit. A resident anthropologist will give a lecture about human evolution and life at this place 20milion years ago. Overnight at Ngorongoro Serena Lodge– on the rim of the crater. Full board meals.
8

After breakfast, drive to Mto wa mbu for a cultural tour. Mto Wa Mbu Village has a very active cultural programme that seeks to show visitors the traditional way of life of the villagers through various activities and also a range of community projects that are in place. You can visit top spots in the area, taste Tanzanian foods and experience authentic cultural interaction. There are a number of excellent walking, hiking and biking tours offered in the village ranging in length from a couple of hours to a full day. In the afternoon, we drive back to Arusha.